Social networking platforms owned by Facebook founder Mark Zuckerberg have access to about 6.98 billion users as of July, representing nearly half or 47.8% of the active users among the top 15 list of social networks, according to a survey.

Data gathered by Buy Shares indicates that Facebook users account for at least 34% of the world’s population, leading the way with 2.6 bln users.

On the other hand, Facebook Messenger, still under the Zuckerberg empire’s reach, has 1.3 billion users ranking fourth overall. Photo sharing platform, Instagram, controls about 1.08 billion active users around the world to occupy the sixth spot overall. 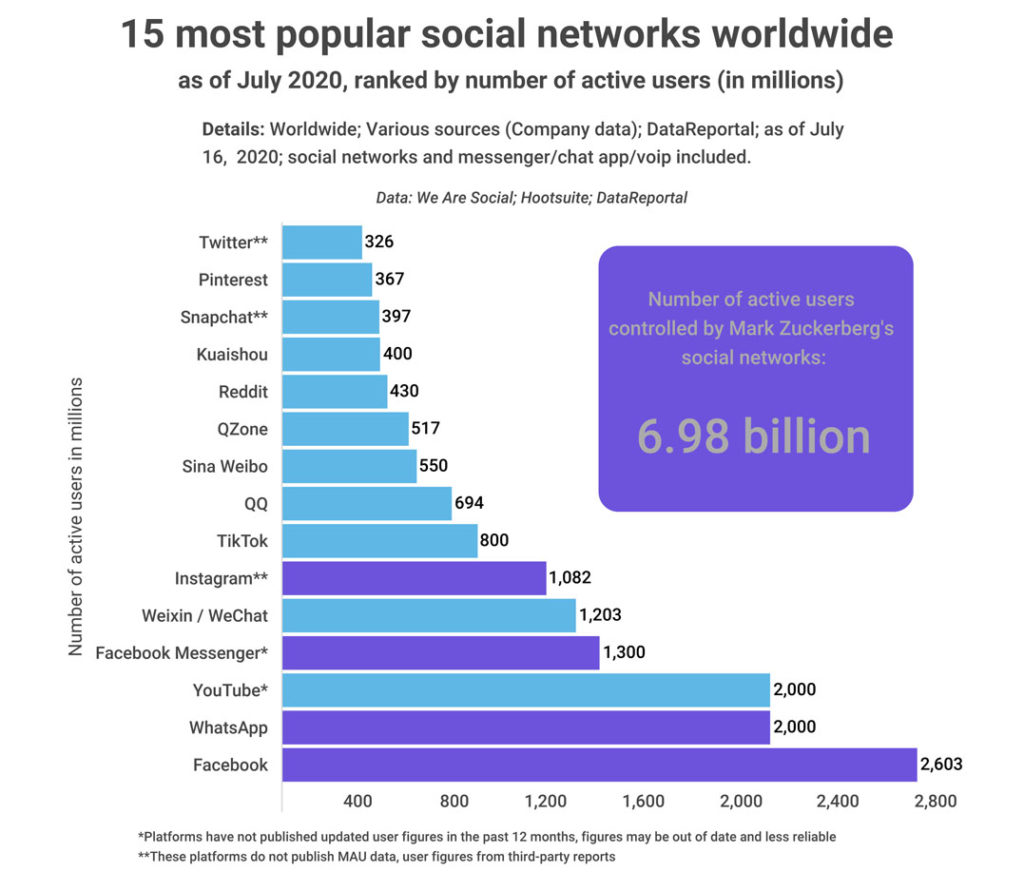 According to the report, “TikTok gained huge popularity in video making due to its powerful camera tools like Pride, Face Filters, 3D Mask, AR. Zuckerberg might have an edge if US President Donald Trump goes ahead and bans TikTok and WeChat, which he declared national emergencies over alleged privacy breaches.”

Notably, Facebook has a reputation for copying features from emerging competitors and incorporating them into its existing social networks, the Buy Shares survey concluded.

Investors continue to build on best August in 36 years

After the Fed’s reassurance, it’s time for fiscal policymakers to deliver

Celestyal Cruises said the first sailing of its recently acquired

Average gross monthly earnings of Cyprus employees during the second

Weaker confidence in services and construction saw the Economic Sentiment

Bank of Cyprus stumbles with €126 mln losses in 1H

Change at Hellenic Bank after shock departure of CEO

Investors continue to build on best August in 36 years

By Hussein Sayed, Chief Market Strategist at FXTM Asian and

By Hussein Sayed, Chief Market Strategist at FXTM After a