Despite a last-minute pitch from Tourism Minister Savvas Perdios to convince the British government that Cyprus deserved to be on its green travel list, the holiday island is stuck on amber.

Upon reviewing its safe travel list, instead of adding to its green list, it shortened it while extending those in the red.

In a move that brought about the fierce reaction of airliners, the UK also removed Portugal, the only EU holiday destination, from its safe list.

Portugal has slammed the UK’s decision to move it to the ‘amber list’ in a new blow for British holidaymakers.

The country’s foreign and tourism ministers said it’s hard to grasp the logic behind the demotion, describing it as “unfair and completely inadequate”.

The UK argued that concerns over the “Nepal” mutation of the Indian variant were detected in the country.

While travelling to amber listed destinations is not banned, the UK government warn against it, and tourists returning to the UK from an amber country like Cyprus must undergo a 10-day self-isolation period.

UK Prime Minister Boris Johnson has aid going to an amber destination “is not somewhere you should be going on holiday, let me be very clear about that.”

On top of having to take extra time off work to self-isolate, tourists coming to Cyprus must take a PCR test before returning home and another two tests on days 2 and 8 after that, adding to the expense of a holiday.

Perdios was in London on Tuesday, trying to pitch the island as a safe destination for British tourists this summer, with the UK government was unconvinced.

Perdios argued that Cyprus “absolutely deserved a spot on the Green list”.

“We have made a lot of progress, especially over the last month.”

Cyprus, highly dependent on UK visitors, was the first EU nation to reopen to fully vaccinated Britons or those with a negative PCR test result.

Perdios said Cyprus was one of the few countries in Europe that have been so open to the UK regarding travelling in the pandemic.

He heads to Moscow on Saturday, where he will try to tick off the next item on his agenda, to convince Russian authorities to allow chartered flights to Cyprus.

Due to coronavirus pandemic restrictions, tourist arrivals plunged by 84.1% in 2020 from 3.97 mln tourists in 2019, marking Cyprus’ worst tourist seasons.

British tourists made up one-third of all tourist arrivals in pre-COVID 2019, with Russia being Cyprus’ second-largest market.

The UK will be reviewing its travel list once more on 28 June, leaving Cyprus tourism stakeholders little to hope for, as bookings won’t start until July. 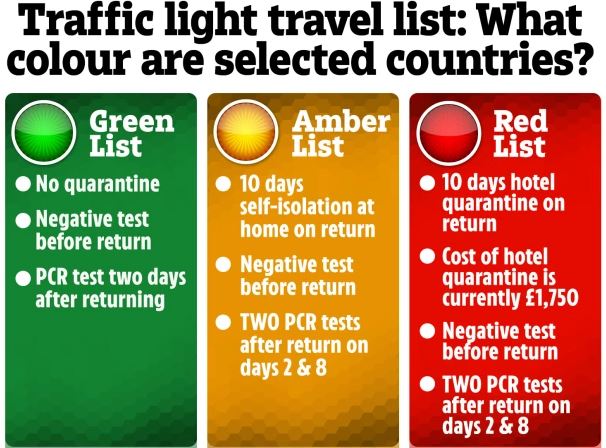