The 2020/2021 Premier League is already underway in what is shaping up to be an exciting season as the league tries to fit in a full season despite a delay due to Covid-19.

The pandemic also made many clubs face tough financial decisions as the economic repercussions of the virus began to take hold, a survey of club revenues has shown.

According to data compiled by Safebettingsites.com, Manchester United is set to lose the most financially among the 20 premier league teams from the previous season, with an estimated loss of £116.4 mln. The English Premier League is arguably the most followed football league in the world. The league, and football as a whole, have seen an influx of money come into the sport in the last 30 years and has become a very lucrative industry. However, due to the nature of sporting events being very conducive to the spread of Covid-19, spectator sports in its different forms are significantly affected by the pandemic.

To measure the financial effect of the pandemic on premier league teams, data from TV Revenue, Matchday Revenue, Commercial/Retail Revenue showed that Manchester United is set to lose out the most from the pandemic with an estimated loss of £116.4 mln. Norwich, which is at the bottom of the list, is set to lose £19.5 mln.

Liverpool is set to lose as much as £55.2 mln from TV rights which is the highest out of all Premier League clubs. While Norwich sits at the bottom of this list as well only projected to lose 14.6 mln. However, a closer study of the numbers indicates that the effect of the loss of income from TV rights will affect ‘smaller clubs’ more so than the bigger clubs, the survey said.

Bigger clubs can rely on other revenue streams while TV rights are the main source of revenue for smaller clubs. 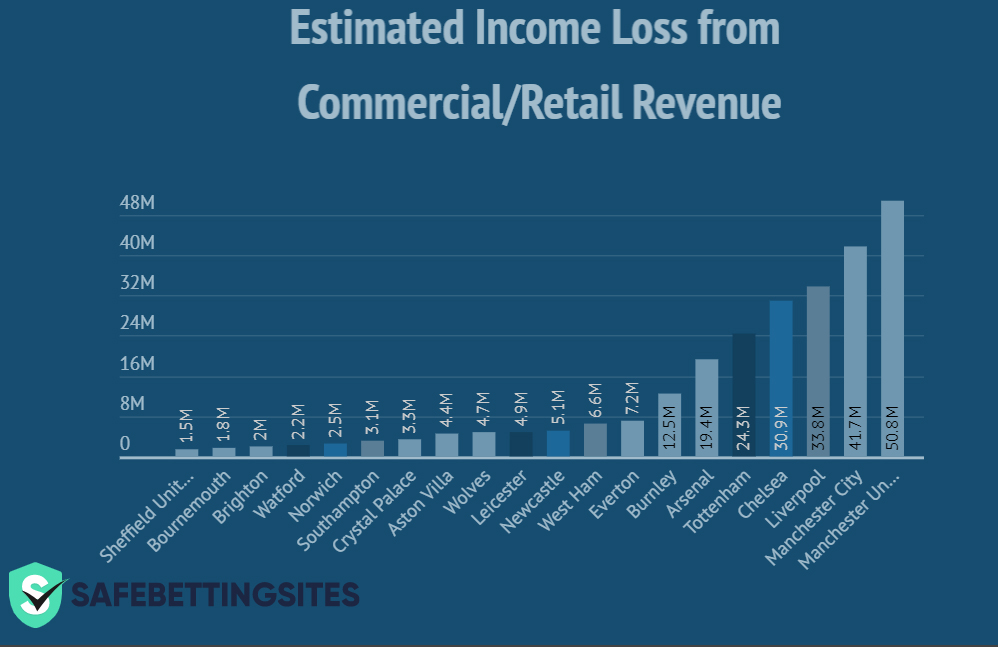 COVID19: Circuit breaker lockdown should do the trick

US-Cyprus: Working together for Cybersecurity

UK Cypriot embryologist elected to US Academy of Medicine

With Cyprus health authorities struggling to put a lid on

Cyprus has come to the defence of French President Emmanuel

By Hussein Sayed, Chief Market Strategist at FXTM With eight

With Cyprus health authorities struggling to put a lid on

By Hussein Sayed, Chief Market Strategist at FXTM With eight