“It is a project which places Cyprus in the orbit of a new energy era, opening up robust prospects both for economic growth as well as for the broader prosperity of our country and its people,” Anastasiades said on Thursday evening.

“This historic day highlights our strategic priority to secure and diversify our energy supply while boosting competitiveness in the power generation market and meeting our environmental targets,” he added.

The €289 mln project is considered to be Cyprus’ largest energy venture and features an LNG floating storage and regasification unit (FSRU), a jetty, mooring facilities, a pipeline, and other onshore and offshore related infrastructure.

The terminal will feature a tanker ship built in Singapore and refitted to convert liquefied natural gas back into gaseous form for use in Cyprus’ main power plant.

Cyprus had separated the project into two parts: one for the LNG terminal itself, and another for the supply of the fuel.

The consortium has 24 months to deliver an operational terminal from the time construction begins with the project completion scheduled for 2022.

“With the laying of the foundation stone, a lengthy effort to bring natural gas to Cyprus has finally come to an end,” the president noted.

He said that it was an effort marred by a multitude of problems, sometimes due to expediencies or red tape, other times due to a lack of determination.

There were three failed attempts to build a gas terminal in the last decade before the Cypriot government signed the deal with the Chinese-led consortium late last year.

“Even during the final stage, last November, when the [tender] procedures were completed, there were certain people who used baseless arguments to try and get the whole endeavour put on hold, fully aware that the European Union has decided to stop financing energy projects with natural gas as of 2020,” said Anastasiades.

The government has launched a call for the expression of interest for the supply of liquefied natural gas (LNG), attracting interest from 25 international companies.

The project has received a €101 mln grant via the EU’s Connecting Europe Facility acquired by the Natural Gas Infrastructure Company (ETYFA), €43 mln in equity funding from the EAC which owns 30% of ETYFA, as well as a €150 mln loan from the European Investment Bank and an additional €80 mln from the European Reconstruction and Development Bank. 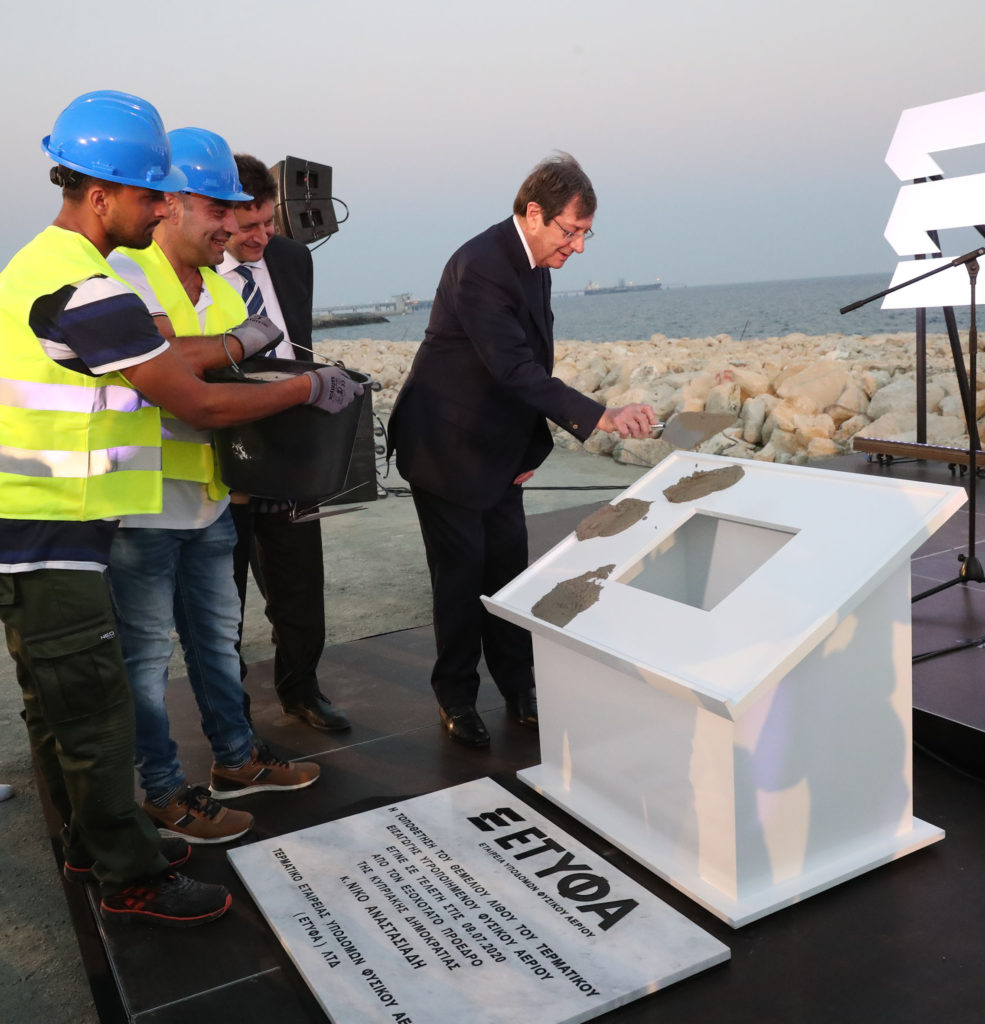 “Ultimately, this will benefit businesses as well as the broader public”.

The use of natural gas combined with the opening of a competitive electricity market should push prices further down.

The terminal will be wholly owned by the Cyprus state.

Nicosia said it would give the country flexibility to make spot purchases of lower-cost gas on the international market while allowing for future use of natural gas from gas fields discovered off Cyprus.

Anastasiades said he was looking forward to construction being completed on schedule and to being present for the facility’s inauguration.