Most Asian assets are set to end the week on a risk-off note, with regional currencies now weaker against the US Dollar, while major stock indices tracked overnight losses on Wall Street.

The two benchmarks have both posted month-to-date surges of around 15%, which far exceeds the MSCI Asia Pacific Index’s 5% climb so far in July.

While equities blissfully ignored the deteriorating economic conditions around the world in the previous quarter, the moment of reckoning could arrive when the US earnings season kicks off next week.

The second-quarter results are set to lay bare the pandemic’s impact to a greater extent compared to the previous quarter’s figures and this could prove to be one of Wall Street’s worst earnings seasons. It remains to be seen whether market participants have the stomach to digest such despairing numbers.

However, the forward guidance from companies could have a more pivotal role in dictating near-term market sentiment. After all, investors are desperate for further clarity, considering that four out of five S&P 500 listed companies withheld guidance during the last earnings update. That suggests that the 40% climb in the S&P 500 since March 23 has been largely fuelled by blind optimism.

Should greater clarity start feeding through over the coming weeks, that could be the catalyst to shake the S&P 500 out of its tight 230-point range that has been adhered to since June. Still, given the unprecedented amount of stimulus measures already at work across major economies, one shouldn’t expect any pullback in risk assets to be overly drastic. On the flip side, should the upcoming earnings season bring with it greater optimism surrounding the post-pandemic recovery, that is set to give equity bulls the green light to chase further gains.

Gold remains at highest levels since 2011

Meanwhile, investors are clearly hedging their exposure to risk, even though Gold prices have dipped below the psychologically important $1800 level.

With Bullion on the cusp of five consecutive weeks of gains, the precious metal is reflecting the dynamics between hopes surrounding the worldwide economic recovery and enduring concerns over the persistent nature of the pandemic. 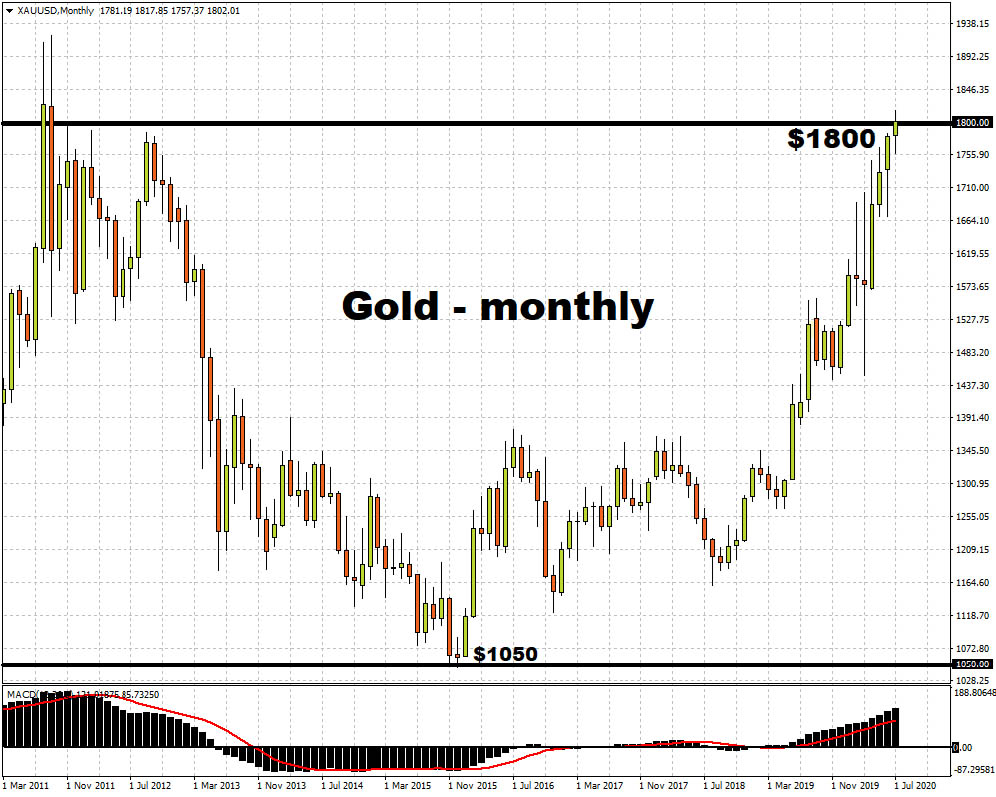 Given subdued US real yields and the stubborn risk aversion in the markets, this is clearly a supportive environment for Gold, with a repeat of the September 5, 2011 record closing price of $1900.20 in its sights.

Spot Gold could even set a new record high this year if another bolt of risk aversion courses through the markets, especially if the green shoots of the economic recovery are snuffed out by another round of lockdowns across major economies, or if severe doubts are cast on global policymakers’ ability to support their respective economies.

The threat of spiking geopolitical tensions is also lurking in the background, and if that materialises, it too could serve as another major tailwind for Bullion.

On the other hand, a universal vaccine would send the all-clear signal for risk assets at the expense of the yellow metal. More concrete signs that the economy is set for a swifter-than-expected recovery could also pare some of Gold’s recent gains.