Last year, the gaming industry lost 176 mln users due to a variety of headwinds and challenges, and online games had their role in this downturn. Although the number of online gamers dropped by 27.5 mln in 2022, the entire market is set to recover this year and witness impressive user growth.

According to data presented by SportsLens.com, the number of people playing video games is expected to grow by 100 mln year-over-year and hit 1.1 bln in 2023.

Gaming has often been stereotyped as being isolating and unsociable, but the pandemic has shown this could not be further from the truth.

Millions of people picked up their controllers and keyboards to escape the boredom and isolation of COVID19 lockdowns, searching for a way to both entertain themselves and maintain social connections. Online games were the number one choice for many. 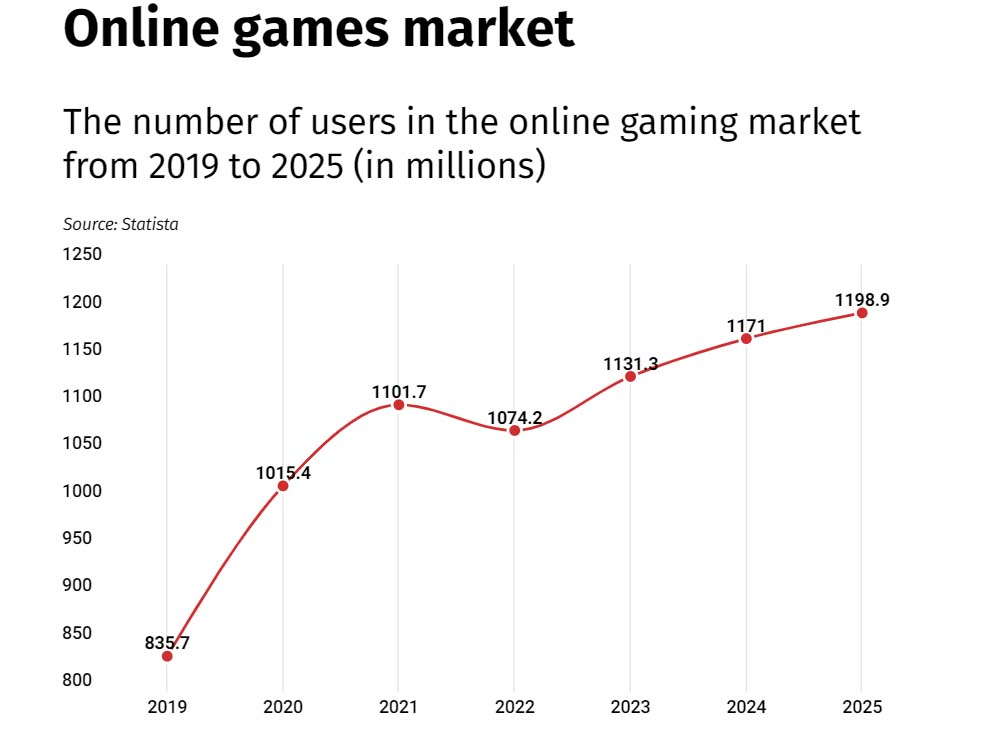 According to a Statista survey, there were around 835 mln online gamers three years ago. After the pandemic hit, this number jumped to over 1 bln in a matter of months and continued rising. In 2021, there were already 1.1 bln online gamers, but the number slipped to 1.07 bln in 2022, one of the most challenging years for the entire gaming industry.

One seventh of world population

Statista expects the number of users to recover to 1.13 bln this year, or one-seventh of the world’s population. Although annual user growth will slow down, more than 67 mln people are still expected to join the online gaming community by 2025, with the total number of users reaching close to 1.2 bln people.

While China and the United States alone generate 46% of total online gaming revenues, the US is not even in the top three countries when looking at the online gaming reach among the population. 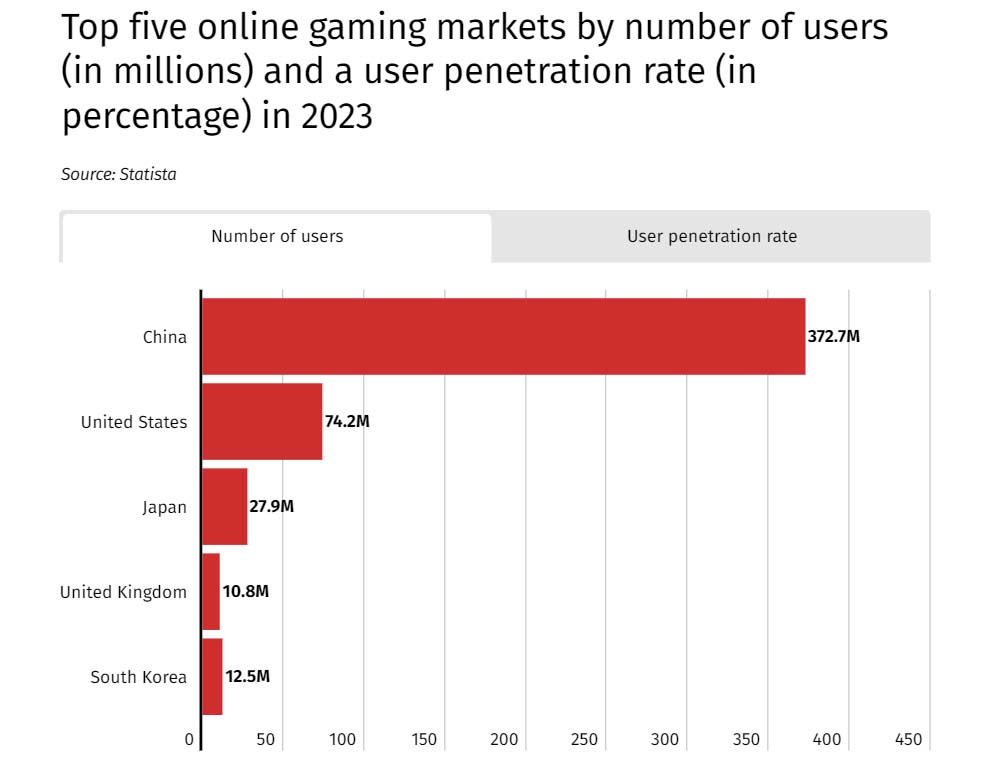 In 2023, the U.S. online gaming industry is projected to have around 74 mln users, with a user penetration rate of 22%, less than China, South Korea or Japan.

After a challenging 2022, the Chinese online gaming market will reach nearly 373 mln users this year, with an impressive 25.5% user penetration rate.

Although South Korea has only half the online gamers as Japan, the country follows China with a 24.3% penetration rate and 12.5 mln users in 2023.

Japan rounds the top three group, with 27.9 mln online gamers and a 22.3% penetration rate as of this year.

International trade in the post-pandemic era

International trade in the post-pandemic era