Thus, Tesla’s capital outflow of $436.32 bln in the last quarter of the year surpassed the total capitalisation of its top ten competitors. 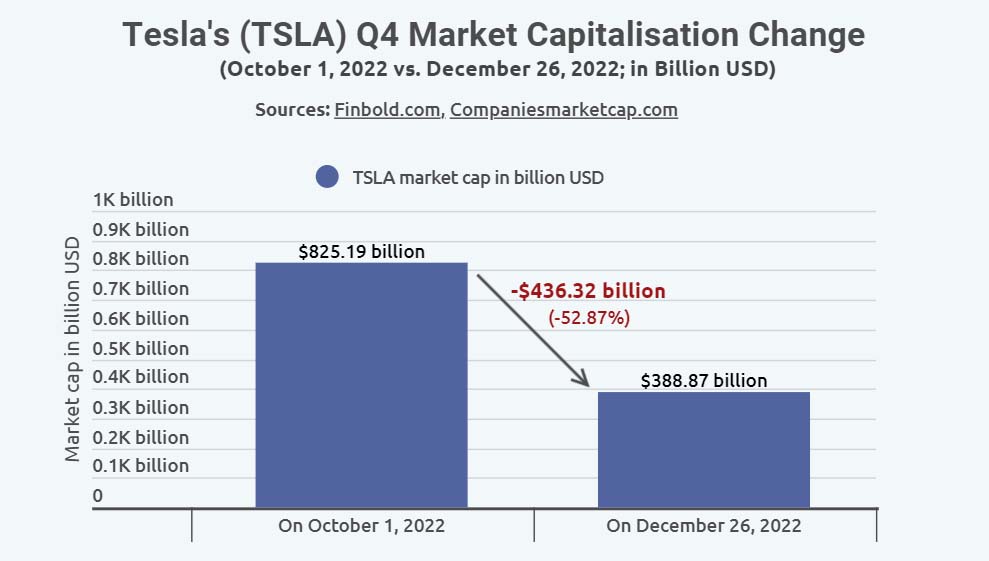 The Finbold survey tried to explain some triggers behind the drop in Tesla’s market capitalisation.

“The prospects of Tesla have been weighed down by soaring inflation, aggressive Federal Reserve interest hikes, geopolitical tension, and the prevailing fears of a possible recession,” explained the study’s author, Justinas Baltrusaitis.

“Following the sharp drop, critics of the company have also maintained that the stock is undergoing a bubble burst after skyrocketing in 2020 to new all-time highs. Overall, the macroeconomic factors have likely pushed jittery investors to dump their stocks amid concerns about extended economic decline.”

Furthermore, Elon Musk has faced backlash from disgruntled shareholders who accuse him of abandoning the EV manufacturer in pursuit of managing Twitter.

In recent months, it has been perceived that Musk has focused more on running his new acquisition, with Tesla shareholders calling for a full-time CEO. In this line, Musk announced he plans to step down from the Twitter role once he finds the right replacement.

After a significant slowdown in December, the last month of

The rise of Xiaomi in Europe