In particular, a Finbold survey indicates that in September 2022, TikTok generated $2.5 mln daily on Android and iPhone devices worldwide, excluding the iPad. The value translates to an hourly revenue of $104,000. During the month, the social media platform recorded a cumulative revenue of $75.8 mln.

Notably, TikTok recorded the highest revenue among social media platforms, with the value for Google Play Store standing at $35.14 mln to emerge second overall behind the dating app Tinder, which had $37.58 mln. 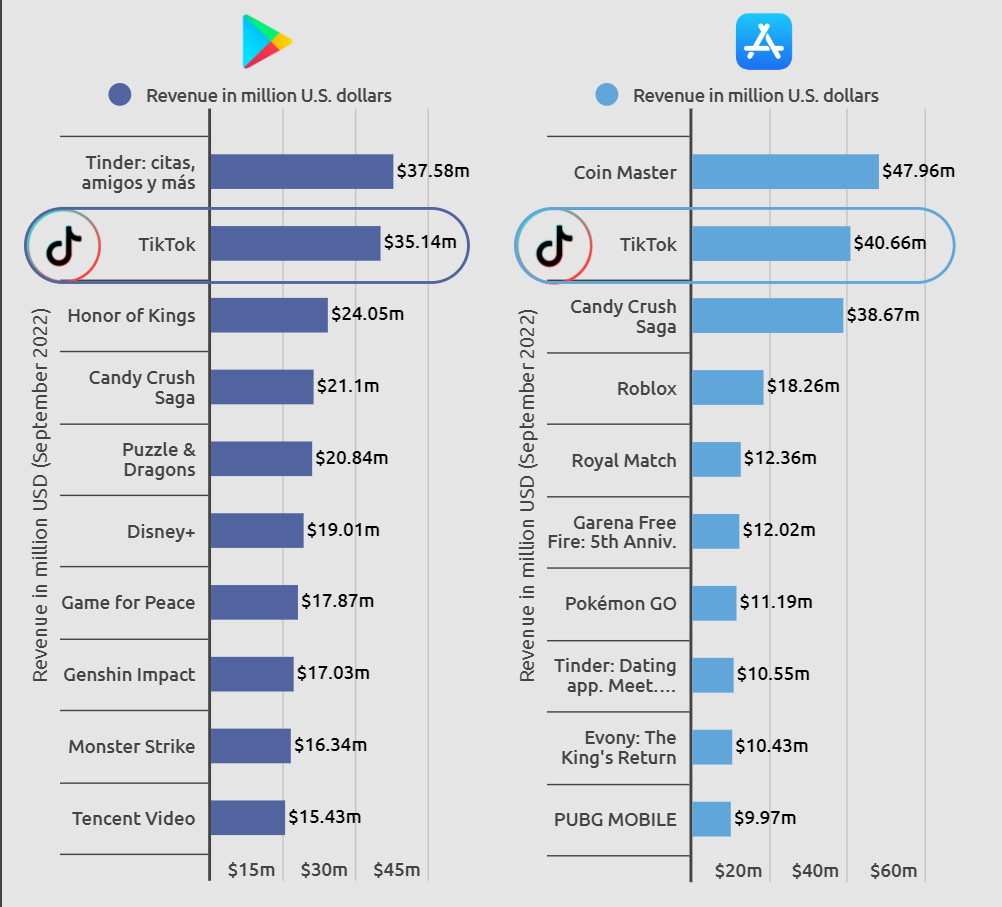 On the Apple App Store, TikTok’s revenue also emerged second at $40.66 mln behind the gaming app Coin Master, which had $47.96 mln.

The Finbold report pointed out the key drivers that propelled TikTok to rank among apps with the highest revenue.

“The growth of TikTok has birthed a cultural economy containing influencers and marketing agencies dedicated to the platform, with the initiatives central to the app’s impressive revenue in a highly competitive social media scene,” the study said.

“TikTok has sustained an upper hand thanks to its main selling point of built-in recording and editing capabilities. The features make it convenient for content creators to quickly record, edit, and share videos.”

40 new challenger banks in past year

40 new challenger banks in past year

End of the road for Lone Star bid?