Although digital coins have brought sizable investment returns since the beginning of the year, some investors poured money into the crypto market much earlier and watched their investments grow over time.

Considered the world’s fourth-largest cryptocurrency after Bitcoin, Ethereum and Cardano, Binance Coin was released in July 2017 and priced at $0.10, with a maximum supply of 200 million BNB tokens. By the end of that year, its price surged by 684% to $7.84, already making it a successful investment. 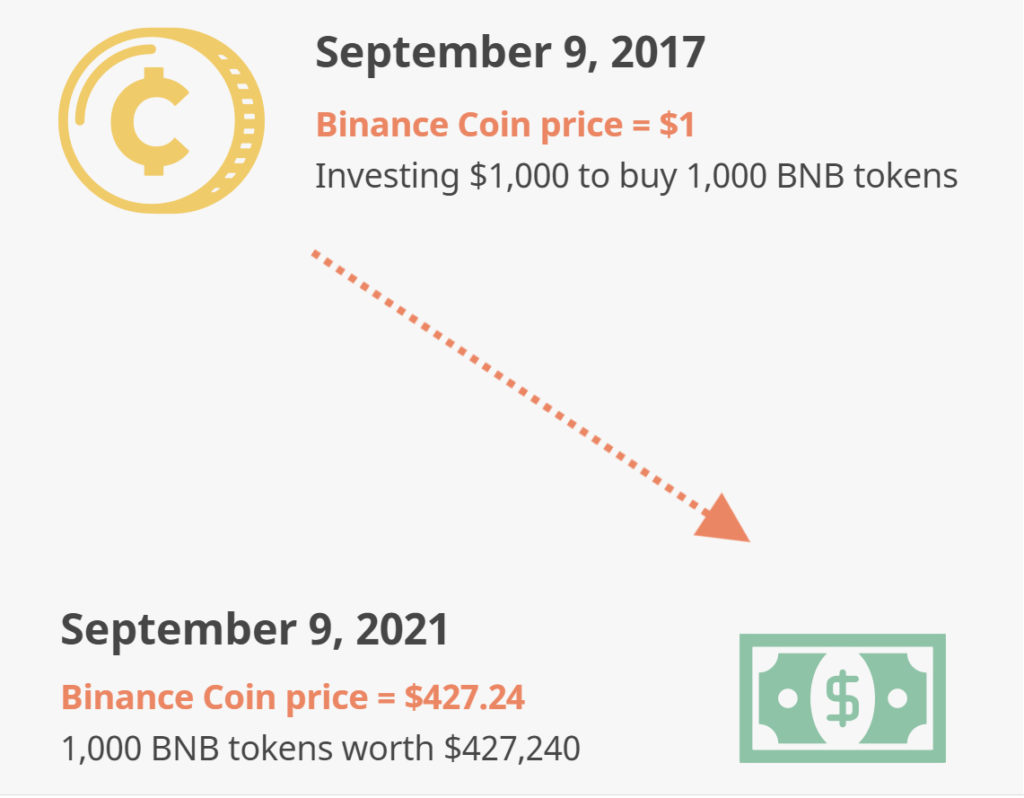 After a deep price fall in the first months of 2020, the price of BNB tokens quickly bounced back, reaching $38.10 by the end of the year.

Although Binance Coin’s price has dropped significantly since then, reaching $427.27 at the end of the last week, that is still 427 times more than its price from September 2017.

The CoinMarket Cap data also showed Binance Coin was the only cryptocurrency, besides Solana, Dogecoin and Cardano, to witness a four-digit market cap growth this year.

Statistics show the combined value of BNB tokens significantly recovered since then and hit $71.9 bln at the end of the last week, showing a massive 1,200% jump YTD which is twenty times more than the growth rate of Bitcoin in this period.