Photos of crowds gathering during lockdown to enjoy the snowy scenery in the Troodos mountains over the weekend raised fears of it triggering a spike in COVID-19 cases.

Posting photos depicting people gathering at the snow-blanketed square, with some waiting to be served at a food stand, Dietis said: “This is a possible super spreader event. The state is responsible for this mess because it had to predict that an “open Troodos” during the weekend would attract crowds”.

“I’m tired of watching us shoot ourselves in the foot.”

He said that pictures of crowds at Troodos square made scientists feel uncomfortable about recommending easing lockdown.

“People need to understand that things are difficult as we are in the middle of winter.

“If it were summer, I wouldn’t mind. But being winter, with people staying in closed spaces on their return, those who may have been infected at Troodos will pass on the virus to others.”

Mass gatherings at Troodos square on Saturday had alarmed authorities with Cyprus police declaring they would step up checks on Sunday, allowing a limited number of vehicles to reach the Troodos square at a time. 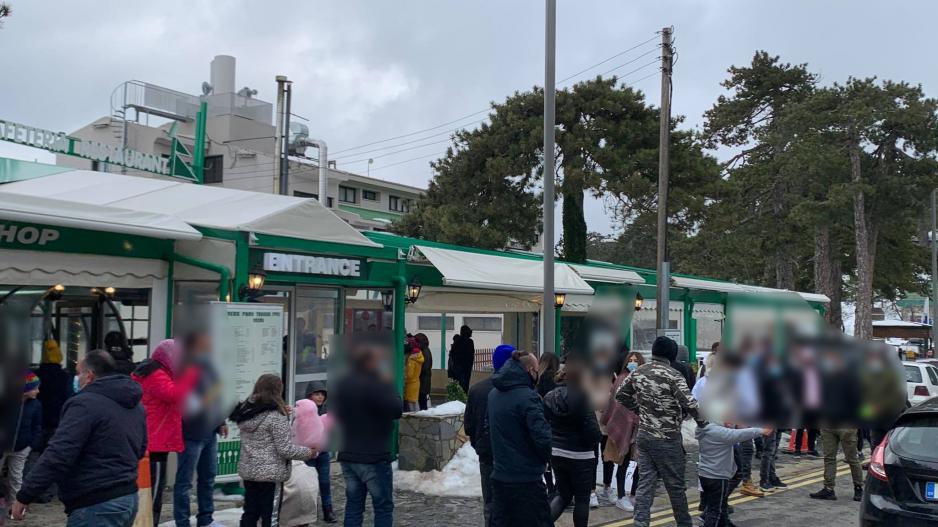 However, police efforts seem to have been in vain, hundreds of people were seen milling around.

People are allowed to visit the mountains or nature trails for exercise only, by sending in an SMS. There is a three-hour time limit.

“Following Saturday’s incidents, we changed our tactics and allowed only a small number of people at a time,” said Andreou, noting police could not stop people from going to the mountains.

He said 32 people were fined over the weekend for not sending an SMS, two were booked for not wearing masks.

The island has been on lockdown since 10 January after cases spiralled at 907 on December 29.

Electric arc across the eastern Med

Prey to the winds of fortune

Cyprus is cranking up its COVID-19 vaccine program covering 8%