The fifth online Cyprus property auction conducted by BidX1 raised €3.3 mln worth of sales, for a total of €33.27 mln so far.

The company said 100 bidders took part in the latest auction, submitting 526 bids with 26 of the 47 properties sold.

According to data compiled so far, since launching Cyprus property auctions in October 2019, BidX1 has sold 231 properties, with the initial reserve and subsequently registered bids accounting for €96.57 mln in liquidity.

House sales started from €67,000 for a two-bedroom, 74 sqm apartment on John Kennedy Avenue in Nicosia.

The most expensive property was a five-bedroom, 490 sqm villa in Strovolos, on a 1,225 sqm property that remained unsold.

It is located between the GSP sports stadium and the American Medical Centre with a reserve price of €560,000.

Residential and commercial land sales ranged from a 372 sqm plot in Koilineia, near Statos Ayios Georgios and Galataria villages in Paphos, sold for €4,500, to €280,000 for a 9,384 sqm field within the Tseri industrial zone.

The first sale had only two bids and the second just one.

“While €3.3 mln worth of property was sold last Thursday, liquidity on the platform that day was almost double that amount, at €6.57 mln,” the company said in an announcement.

“Calculated by totalling the highest bid from each unsuccessful bidder, this figure essentially represents the amount that each under-bidder was willing to spend, an indicator of demand in the market.”

To take part in the auctions, interested parties must pre-register on the platform, providing proof of identification and proof of address, as well as a deposit that will be retained only if the bidder is the successful purchaser on the day of sale.

BidX1 currently operates in the UK, Ireland and South Africa, and launched operations in Cyprus and Spain last year.

The company said that “further expansion into other European markets is planned for 2021.” 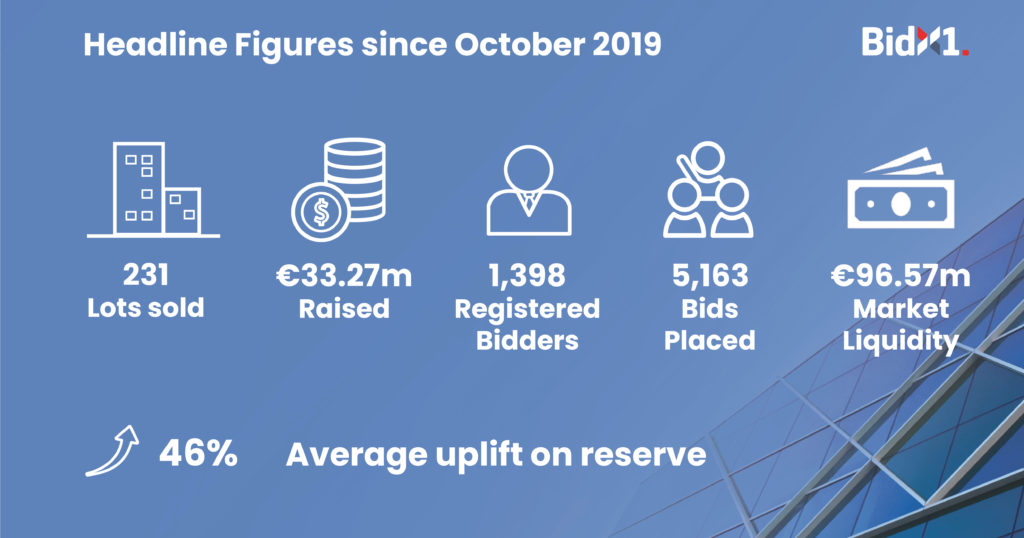 Only 17% of Cyprus businesses sell online

Only 17% of Cyprus businesses sell online