Average gross monthly earnings of Cyprus employees during the second quarter of 2020 increased by 1.7% to €1,925 from €1,893 during the same period last year, according to provisional figures.

There was still a pay gap between male and female workers, although women’s wages did increase by a higher margin.

Due to the rounding of earnings, the calculation of the change may differ from the percentage change presented in the table.

Average monthly earnings of employees include the basic salary, the cost of living allowance, earnings for overtime, the Holiday Fund, any other allowances received by employees during the reference period and payments in arrears.

The average is calculated by dividing the total gross earnings before any deductions for compulsory social security contributions, by the total number of employees who received remuneration. 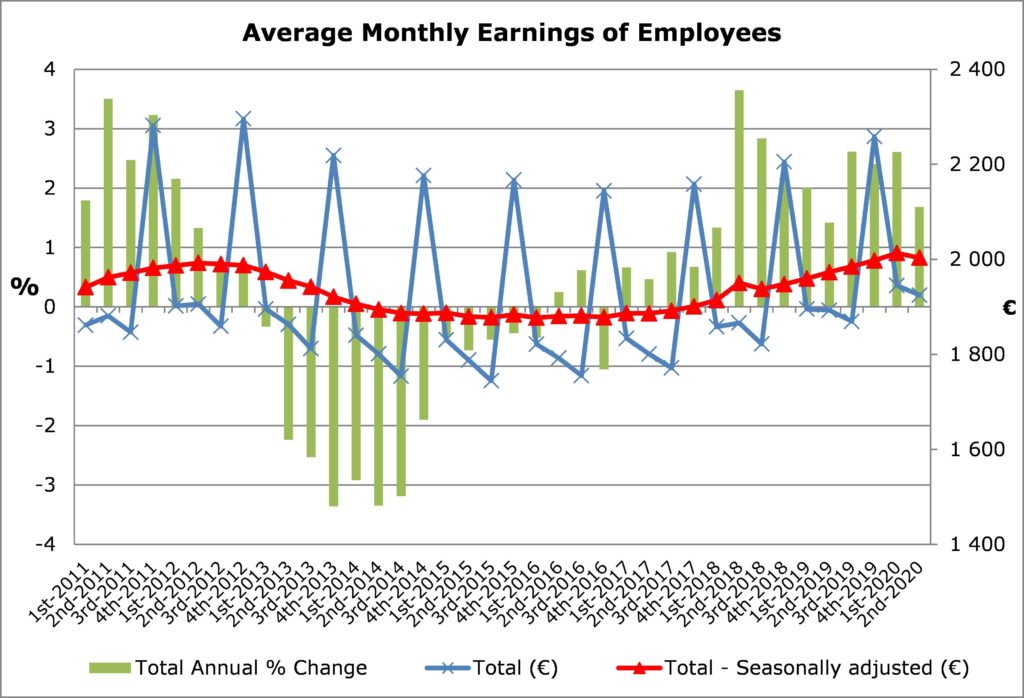 Health authorities on Friday reported another 160 new cases of

Epidemiologists are anxious over cases found at hospitals with five

Cyprus, US ‘inventing the future’

Monthly earnings of employees in Cyprus increased by 3.3% in