Two Cypriots were remanded in police custody on Monday suspected of stealing a box containing the ashes of a Swedish teenager from a car in Limassol as his parents were looking for somewhere to scatter them.

The wooden box, containing the teenager’s ashes was found on Sunday evening in an open area near the Limassol to Nicosia highway at the Moni exit.

A 35-year-old woman and a 44-year-old man appeared before a Limassol court and remanded in police custody for four days in connection with the theft at Governor’s Beach. Police said the woman is known to them.

Their arrests came after a surveillance camera of a restaurant in the area where the theft occurred captured a rental car on film.

The woman is allegedly the person who rented the car and the man is suspected of being an accomplice after the fact while police are looking for a third suspect – the 33-year-old driver of the car.

CyBC radio said the ashes were found after one of the suspects – thought to be the 33-year-old – contacted the parents and told them where the container had been abandoned and apologised.

The ashes belong to Dennis Bebnarz, son of Kinga and Bartek Bebnarz, originally from Poland, but living in Sweden the past 12 years.

His remains were enclosed in a wooden box which was inside a black backpack. The car was raided as the couple ate in a restaurant. They planned to scatter Dennis’s ashes in the sea nearby.

Dennis was killed in a car accident in Sweden this summer and his parents thought Cyprus would be a fitting place to scatter his ashes.

They returned to Sweden on Sunday and offered a €200 reward for the ashes to be given back. 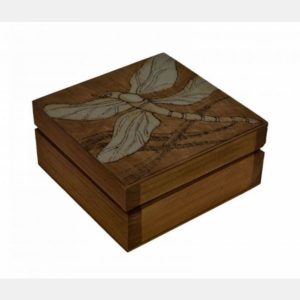 Police said the couple have been informed of the discovery and the ashes will be returned to them once the case is closed.

Cypriot daily Phileleftheros said the couple planned to return to Cyprus on Tuesday after their son’s ashes were found.

Shortly after Friday’s theft, Limassol police spokesman Yiannis Sotiriades called the incident “a totally brainless act” and said it was an “unprecedented crime”.

“It means nothing to them and everything to the family. We are pulling out all the stops. We have expanded our investigations in the quest to retrieve it.”

The teenager’s mother Kinga had pleaded robbers to return the box.

“This box symbolises our son and it means the world to us,” she had said.

“They took three bags but nothing else is precious, only this. We want to say to the robbers: ‘Please, please, return it”.

The couple originally from Poland, moved to Sweden in 2007 to set up a cleaning company, they would often take their son everywhere they went.

“We weren’t able to have a Christmas at home without our son,” Ms Bebnarz told the BBC. “We wanted to go away to find a warmer place to close the worst year of our life.”

Kinga was quoted by The Guardian saying: “The coast is so beautiful here and Dennis loved the sea. We all thought this would be a good way to end a terrible year for us”.

Cyprus reported no coronavirus deaths on Sunday, a rise in

State owned telco Cyta has added another distinction to its

Cyprus is banking on the EU to throw it a

COVID19: Another death as cases dip