Stocks across Asia were mixed on Friday morning following another record high on Wall Street overnight.

Investors cheered more positive news on the trade front after US Treasury Secretary Steven Mnuchin stated that the United States and China would sign their phase one deal in early January.

Global risk appetite remains unfazed by President Donald Trump’s impeachment, as the Republican-controlled Senate is widely expected to vote against removing him from office.

European shares are set to open in a mixed fashion as caution kicks in ahead of the US GDP data scheduled for release on Friday afternoon. 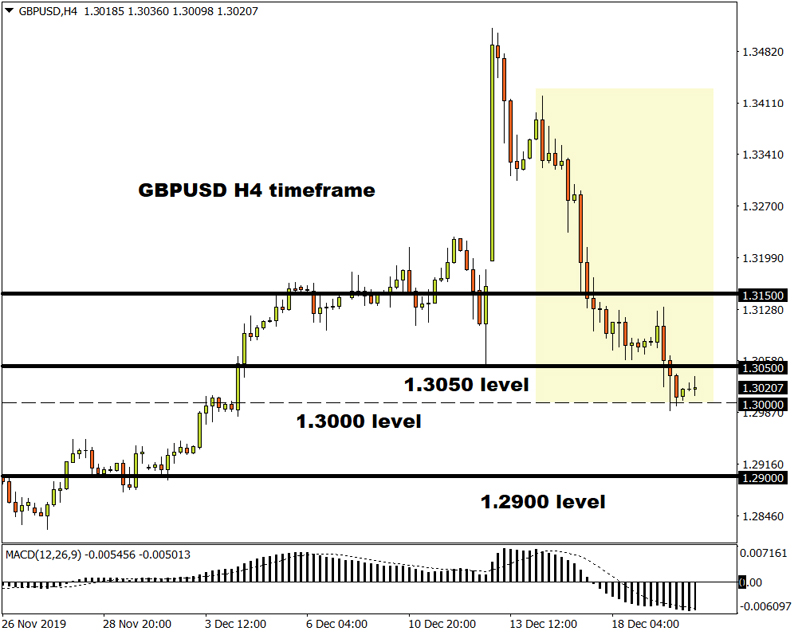 The past few days have not been kind to the British Pound, thanks to renewed concerns over a hard Brexit, after Boris Johnson pledged to outlaw an extension of the Brexit transition period at the end of next year. Sterling is now on track for its worst week of the year, after shedding more than 2% versus the Dollar to trade around 1.3020 early Friday.

Members of Parliament will vote on the revised Brexit bill for the first time in the new Parliament on Friday. Given how the Conservatives won an 80-seat majority at the recent general election, Johnson’s Brexit bill is expected to pass.

With regard to the technical picture, GBPUSD is under pressure on the H4 charts. A break below 1.30 should encourage a decline towards 1.29.

Dollar steady ahead of revised US GDP

The Dollar is holding steady against a basket of major currencies ahead of the final revision of Q3 GDP due later on Friday. Given how markets are forecasting GDP will remain steady at 2.1%, the impact on the Greenback should be muted. A major theme influencing the Dollar for the rest of 2019 will be US-China trade developments. Technically, the Dollar Index is seen pushing higher if a break above 97.50 is seen. 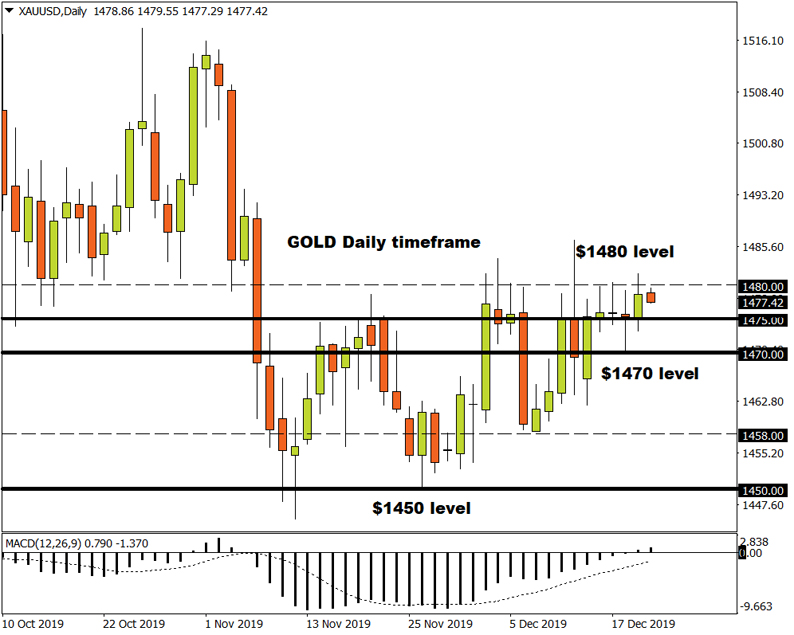 Gold could creep up higher as investors await further details on the expected US-China trade deal.

Anticipation ahead of the US GDP report and possible Dollar weakness are likely to offer additional support to the precious metal in the near term. Given how prices are trading around $1477.50, the next key point of interest will be around $1480. A break above this level should open a path towards $1500. Alternatively, a break below $1475 may inspire a decline towards $1470.

SPACS: An art or a science?

Stock gains could be temporary; Risk appetite buoyed by US fiscal stimulus talks

US stocks near correction territory – is it time to turn bullish?

Over 60% of gold demand is for investment and jewellery

SPACS: An art or a science?