The Greek government is taking another step towards financial abyss by announcing a new package of financial measures aimed at strengthening households and businesses hit by runaway energy prices.

The total package amounts to €1.1 bln and covers handouts to specific groups of consumers covering the whole range of fuels including electricity, gas and transport.

However, despite the necessity, it is deemed as going against budgetary discipline and is expected to stifle economic growth.

Since the start of the year, the country has found itself in the grip of an unprecedented avalanche of high energy prices which soon lead into indiscriminate increases in food and goods prices, which in turn gave rise to strong inflationary pressures.

This latest government largesse will affect 3.2 mln people and comes on top of €2.5 bln already disbursed as subsidies since last September when the government took the bold step to directly subsidise electricity and gas prices at the consumer level in a desperate effort to avoid a slump in consumption and a dent to economic growth.

Following the announcement of this latest financial support package to counter energy prices, the government will by the end of April have spent some €3.6 bln in subsidies over a six month period.

Despite the generous subsidies, energy prices at consumer level have risen steadily over the last six months as a result of international price increases.

But the biggest concern is the visible evidence now accumulating which shows that persistently high energy prices are leading to a slump in economic growth, with Citigroup now estimating that the eurozone’s 2022 GDP growth will average at 2.2%, down from its prior estimate of 3.3%.

Analysts believe that the slowdown in Greece’s economy could be double of that in the eurozone on account of a rather subdued holiday season next summer, according to tourist industry estimates. 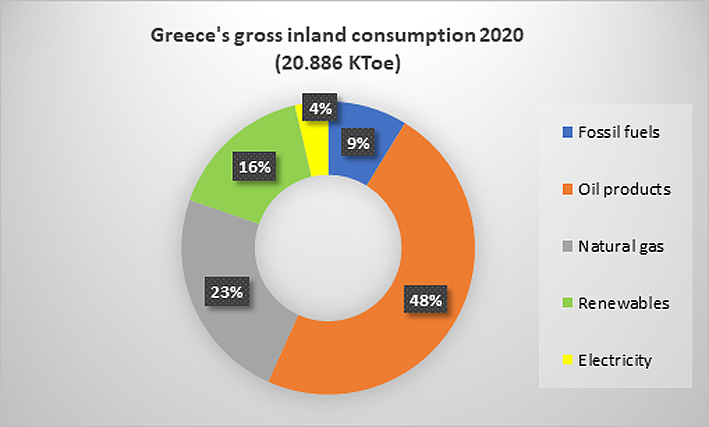 As part of the government support package and according to the three-part economic aid to vulnerable consumers, the government will increase the existing subsidy for electricity, while the subsidy for natural gas will be continued and companies are also included in the aid plan. The cost until April from this measure is expected to reach €640 mln.

Secondly, the government will provide financial support to 1.4 mln vulnerable households before Easter, with an additional 1.5 installment of child allowance granted in April; an allowance of 200 euros to 677,000 low-income pensioners; 200 euros to 35,000 uninsured elderly people; 200 euros to disabled citizens; and, a double installment to the beneficiaries of the guaranteed minimum income. This will cost €324 mln.

Thirdly, the government will provide a direct fuel subsidy for three months to individuals and the self-employed with a family income of up to 30,000 euros. Up to 60 litres of fuel purchases per month will be subsidised at 22c a litre, while for outlying island areas it will be 27c per litre, with the average monthly consumption estimated at 54 litres.

Diesel will be directly subsidised with 15c a per litre. In April, a 200-euro allowance will be granted to taxis. The total cost will be €130 mln.

With the fourth measure, the installments for the payment of the so-called repayable advances (repayment of government loans) are increased to 96 from 60. Reductions for the repayment remain, such as the 15% discount on the one-off repayment.

According to Finance Minister Christos Staikouras, the state has provided loans of €8.3 bln through repayable advances and will collect €3 bln.

Although the above economic assistance was necessary at this stage, with energy prices in an upward spiral, a number of economists are dead against the continuation of subsidies, since this affects negatively the economy in more ways than one.

First, the sheer size of subsidies, which are likely to top €4.0 bln by the end of the year, is not helping budgetary discipline at a time when economic growth is weak and will most likely get weaker, if not negative, by the fourth quarter, as many fear. 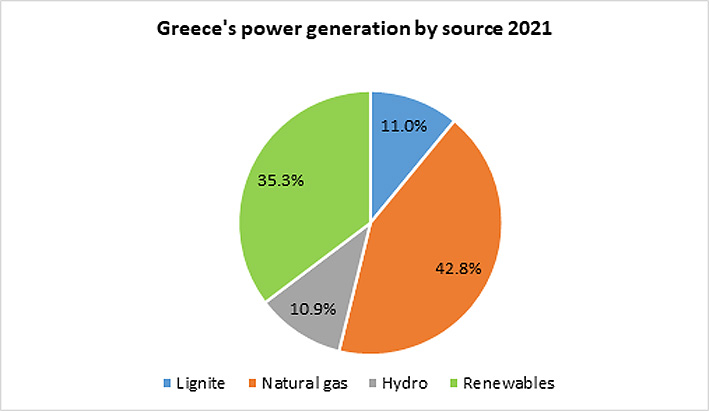 Secondly, subsidies at this level and over a prolonged period tend to distort market operation as they undermine competition and a rule-based system.

Thirdly, hefty subsidies such as those currently applied in Greece help increase consumer complacency and cultivate apathy as they manage to misinform citizens on true market conditions.

In this sense, the truth of the market is that because Greece is so highly dependent on energy imports such as oil, gas and electricity, which cover more than 84% of its gross energy demand (see figure on gross energy inland consumption) its economy has no control over energy prices.

With imported gas and electricity now covering more than 50% of power generation, the price formation in electricity is equally affected.

Hence, economists argue, in order for Greece to sharply lower energy costs and offer consumers affordable prices, the government must completely reverse (180 degrees about turn) the present policy which favours massive oil and gas imports; it needs to develop indigeneous sources from across the energy spectrum (oil, gas, lignite, renewables), and prioritise local natural gas production since gas is now becoming the mainstay of its energy system.

With the presidential elections around the corner and the outgoing

Putin’s invasion of Ukraine – the facts