Turkey’s president backed a permanent “two-state” division of Cyprus during his visit to the Turkish-held north condemned as an “unprecedented provocation” by Nicosia.

“There are two peoples and two separate states in Cyprus,” Erdogan said after arriving for the 37th anniversary of the self-proclaimed ‘Turkish Republic of Northern Cyprus’, which is recognised only by Ankara.

“There must be talks for a solution on the basis of two separate states.”

The comments marked a further setback to hopes for the eventual reunification of the island — split between EU-member the Republic of Cyprus, which controls the island s southern two thirds, and the north, occupied by Turkey.

“The EU s message is very clear: there is no alternative to a comprehensive settlement of the Cyprus problem other than on the basis of relevant UN Security Council Resolutions,” Borrell said in a statement.

“In this respect, we deplore today s actions regarding” Varosha and “statements contradicting the UN principles for a settlement of the Cyprus question.

They will cause greater distrust and tension in the region and should be urgently reversed”, the EU official added.

During Erdogan s visit, Turkish jets left vapour trails in the sky in the shape of the star and crescent of the Turkish flag, mirroring a huge flag painted decades ago on a rocky mountainside in the north. 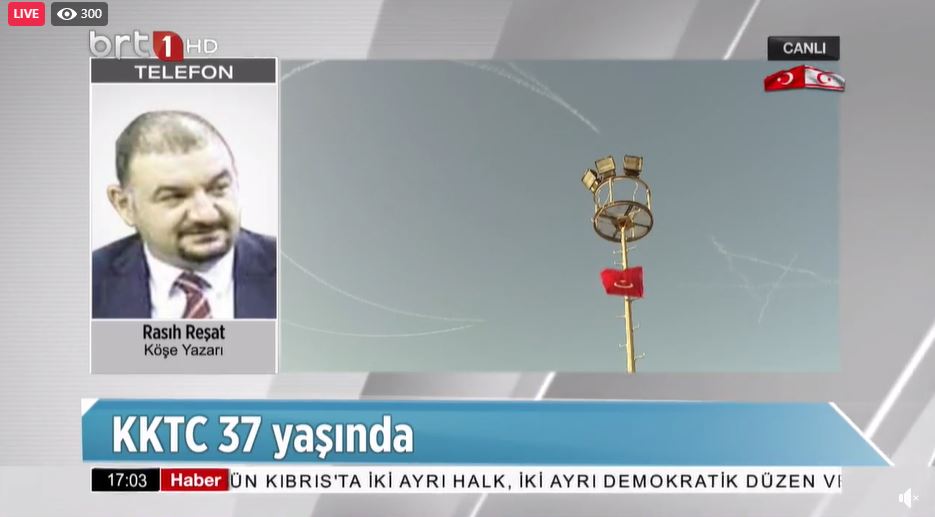 Turkish Cypriots held a demonstration against his visit with the slogan “No picnic over pain” after Erdogan said he planned to ‘picnic’ in the once Greek Cypriot resort of Varosha.

Erdogan’s visit to the Turkish-held area comes amid heightened tensions on the island and in the Eastern Mediterranean and was condemned as a “provocation without precedent” by the Republic of Cyprus.

Unlike his predecessor, Mustafa Akinci, who advocated reunification in the form of a federal state, Tatar also favours a two-state solution.

The last UN-sponsored peace talks, based on the reunification of the island, failed in 2017.

The Turkish leader stressed that “we will continue our seismic research and drilling activities in the Eastern Mediterranean until a fair agreement can be reached”.

Cyprus President Nicos Anastasiades condemned Erdogan s visit, as well as what he called the historical “secessionist act of the declaration of the illegal regime” in the north.

He said Erdogan’s visit served to “torpedo” UN-led efforts to work toward resolving “the Cyprus problem” in talks between Greek and Turkish Cypriots, Athens, Ankara and former colonial power London.

Erdogan insisted that “the only victims in the Cyprus issue are the Turkish Cypriots, whose rights and existence have been ignored for years”.

He then visited Varosha, which was once the playground of celebrities and dubbed a “Jewel of the Mediterranean”, but has since been deserted and fenced off, its former luxury hotels and restaurants now in disrepair and overgrown by weeds.

Erdogan, who had said earlier he may have a “picnic” at Varosha, arrived after dark and as rain battered the area.

Speaking to TV cameras alongside Tatar, he suggested Varosha would undergo redevelopment.

“This place has been closed for years, but it is time to start initiatives,” he said.

The Turkish head of state promised compensation to Greek Cypriots who lost land, homes and businesses in the ghost town.

“If the rightful owners appeal to the property commission, compensation will be paid for their properties.”  (source AFP)