The future of the world’s biggest economy is uncertain as social and political unrest keep growing. COVID-19 has ended the global economy as we knew it, and the pandemic continues to evolve. There aren’t many assets that will do well in this environment, but silver might be one of the best.

This once in a lifetime pandemic has resulted in an unprecedented election race for the United States, not only due to the dichotomy of social distancing and the democratic process, but also for its effects on the stock market.

Out of all the precious metals, silver has proven to be one of the most popular and beneficial options for investment. The main reason is that it shares most of the properties of gold when it comes to investing, as well as historical significance, but it also has loads of industrial applications.

The situation in the U.S. has forced investors around the world to look for other investment opportunities beyond traditional stocks.

Real estate, cryptocurrencies and precious metals have been growing in popularity. People around the world get ready for the worst-case scenarios as a crash of the American economy would surely have a global impact.

There have been reports of investment giants like Warren Buffett, Eric Sprott and Robert Friedland investing in both gold and silver in recent months.

Buffett’s Berkshire Hathaway, which has historically been adverse toward gold investments, has invested in Barrick Gold.

The mining company is present in more than 13 countries and had a revenue of $9.7 bln in 2019 resulting from its gold, silver and copper mining activities. Berkshire Hathaway reportedly invested over $500 mln to acquire 1.2% of the company, which was surprising to many experts due to the company’s previous disinterest in gold. 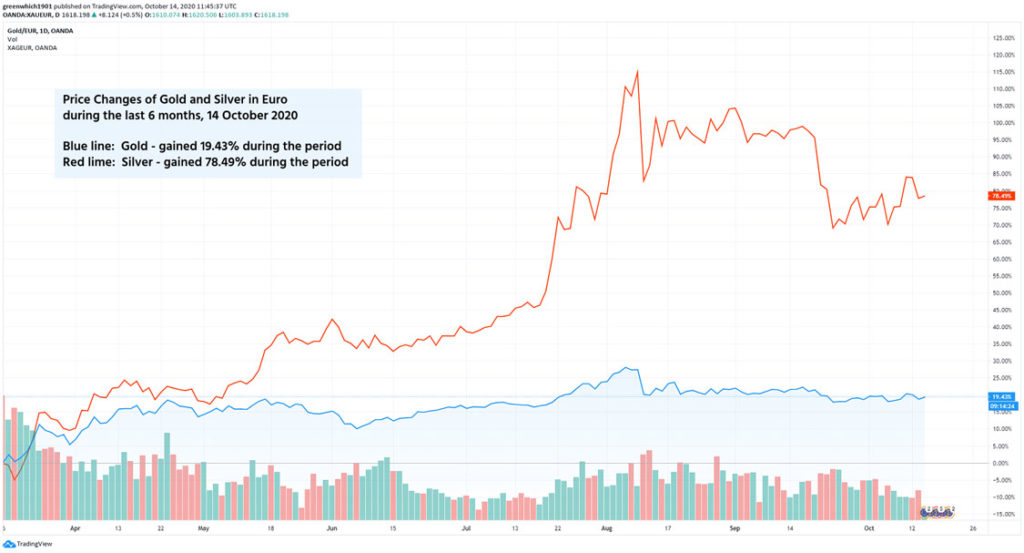 On the other hand, Canadian billionaire Eric Sprott has invested in Vizsla Resources Corp, Orefinders Resources Inc., and Pure Gold Mining Inc. All are located in Canada and focused on the extraction of precious metals. Sprott’s interest in these three companies was not a small event, as more than CAD $25 mln were invested.

Robert Friedland, a billionaire deep in the mining industry, has increased his investments in the mining company Ivanhoe Mines Ltd – in which he already had a substantial stake n.

These moves by some of the richest companies in the world point to what is already known by many investors: turbulent times are coming for the global economy and hedging is necessary.

Silver is Outperforming Gold and Platinum

Over the past few months, America’s partners have grown increasingly wary when interacting with their ally at all levels: politically, economically, socially, even technologically. As if this were not enough, the United States has been in an economic war with China for the last two years – which has further exacerbated the economic turmoil.

While the stock market has always been sensitive to elections and major events around the world, the approaching American election has shown a bigger influence over it. This influence over the market has resulted not only in highs and lows for investors but also for the American economy itself, with the obvious effects that it has on other countries. 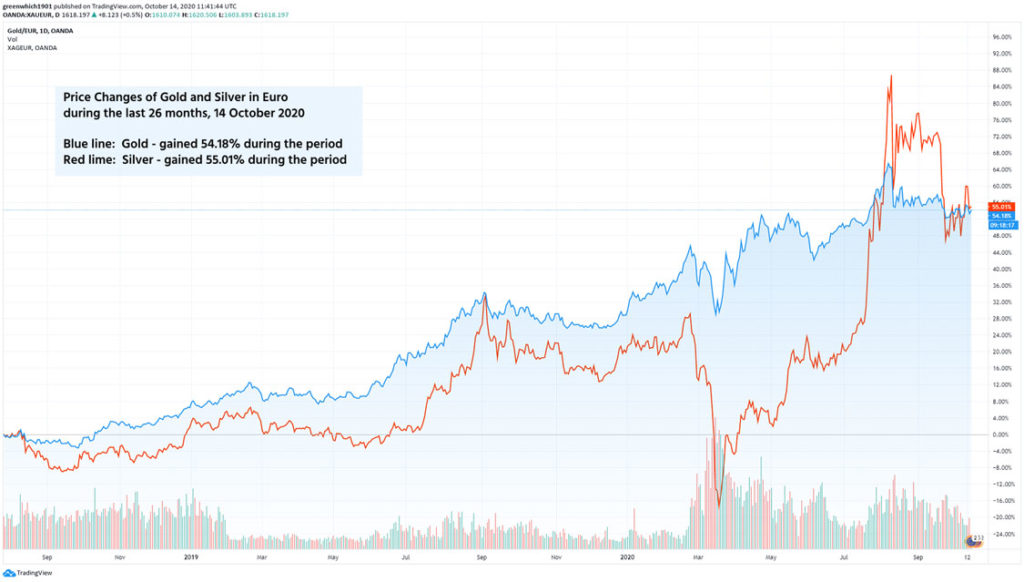 For most of history, precious metals have proven to be valuable commodities that are associated with luxury, wealth and economic safety due to their intrinsic value. Nowadays, this is still the case, but the metals have evolved to have applications beyond aesthetics as well.

Over the last decade, more patents have been filed for products requiring silver than gold, due to its reflective and electrical/thermal conductivity properties.

Given the fact that a small quantity of silver is used at a given time, it is also not worth it for producers to recycle existing hardware, but to acquire it by mining or buying. This means that the demand for silver is not only greater than other precious metals, but also that the limited supply available is likely to diminish quicker, increasing its value.

Increasing interest in silver has been confirmed by the white metal’s value increase of over 100% over the last six months, the highest of any precious metals. There are reasons to believe that this uptrend will continue as has been experienced by other metals, which has historically proven to be an indication of higher returns of investment going forward.

Six of the last times when both gold and silver’s value increased, silver investors experienced higher gains. Many analysts think that silver is highly undervalued at present, which would mean that any price correction lower would be a buying opportunity.

Buying silver right now will not only allow investors to hedge losses in other assets, but also provide greater gains than any other metal.

If we are to believe historical trends and statistics, the recent increase in the value of precious metals is sure to have a higher impact on silver, rewarding investors handsomely as the long-term shift away from fiat money continues.

Stefan Nolte is Director of Liemeta ME Ltd, a provider of physical storage of precious metals at its prime location in Liechtenstein as well as trade services of precious metals, mainly gold, silver, platinum and palladium

Fragile X Syndrome: Most commonly known cause of autism

What did you do in the pandemic?

Around the globe, the weather is changing; it’s becoming more

Some 60,000 British expats in Cyprus are tasting the bitter

During the holiday season and especially the summer period, many

Fragile X Syndrome: Most commonly known cause of autism

What did you do in the pandemic?