The British Sovereign Base Areas on Tuesday said that customs officials busted fuel smuggling operations at the Pergamos and Strovilia crossing points, putting an end to illicit trade from the occupied north to the Republic.

Motorists have often been queuing up at crossing points to buy petrol or motor diesel from Turkish Cypriot service stations, where a litre of fuel is often 30c or more below the pump price in the Republic.

“As fuel prices continue to sky-rocket, regular operations have proved highly effective in stopping individuals and businesses attempting to buy low-cost fuel…  and bring it into the SBAs and onwards into the Republic of Cyprus,” a statement by the SBA said.

It said that in recent weeks, SBA Customs officials had identified suspicious activity, as commercial heavy goods vehicles (HGVs) were crossing multiple times a week, with some even attempting to cross several times daily. 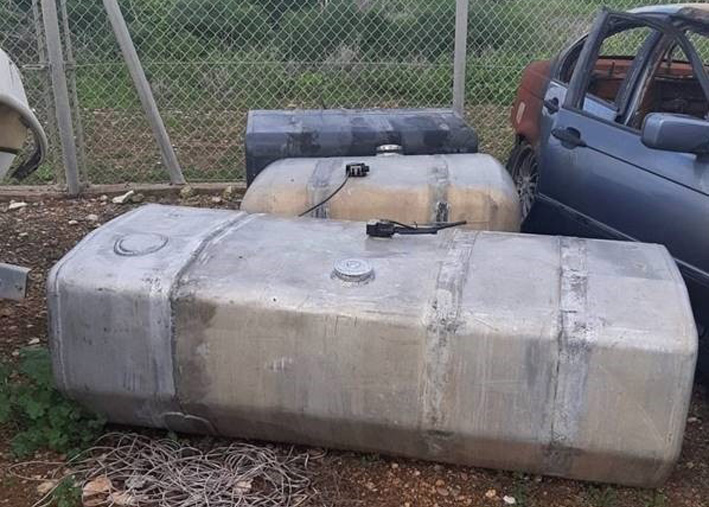 “Customs officers, who have been trained to detect vehicles modified for smuggling, used ‘advanced vehicle search techniques’ and discovered numerous HGVs using what were described as ‘adapted fuel tanks’ for the purpose of smuggling fuel”.

Mark Hartley, Officer in Command of Eastern SBA’s Customs, explained that with low fuel prices in the north and the weakened Turkish lira, “organised smuggling groups have attempted to benefit by moving vast quantities of fuel through the SBAs for sale on the black market in the Republic of Cyprus.”

Giving an example of the lengths some people will go to save money, he revealed that earlier this month, a commercial coach company had insured one of its fleet to drive into the north.

It attempted to use the vehicle as a ‘bowser’, making repeated journeys north to fuel up and then directly decant the fuel in the RoC to its 16 other vehicles.

He said the ‘bowser’ coach was immediately detained and a compound penalty of €1,480 was issued and paid in full in lieu of prosecution.

In other recent operations, fines totalling close to €6,000 have also been handed out to those attempting to smuggle low-cost fuel into the SBAs and beyond and according to Hartley, this should serve as a warning to those hoping to profit from the situation.

Fuel in the Turkish occupied north of the island is sold at significantly lower prices than at petrol stations in the areas controlled by the Republic of Cyprus.

According to the Finance Ministry’s fuel price observatory, the average price of 95 Octane petrol on Tuesday morning was €1.409 per litre, while diesel was sold at an average €1.608. The most expensive price for a litre of diesel was €1.75 at a petrol station in Limassol.

If we believe in the Education Ministry, the school system

Regional energy regulators meeting in Larnaca this week concluded that

MPs are undecided on whether to pass a European Union

Justice reform, a long-overdue process to slash legal proceedings by