Formed on January 19, 1972, the Squadron was originally equipped with the Whirlwind helicopter, based at RAF Akrotiri and in Nicosia, performing Search and Rescue (SAR) operations and undertaking UN duties.

Now the UK’s only military flying unit providing SAR, the significance of this anniversary has not been lost on 84 Squadron’s current crew.

Reflecting on an emotional week, Officer Commanding, Squadron Leader, Jean-Marc David, was keen to look back on the legacy 84 Squadron has established in Cyprus.

“It is an absolute honour and privilege to be the Officer Commanding, but it is even more so whilst commemorating the 50th anniversary of continuous lifesaving operations in Cyprus from RAF Akrotiri– a momentous milestone that has not been achieved by any other RAF flying Squadron at any station.

“The Squadron has a long and rich history which every member is extremely proud of.” 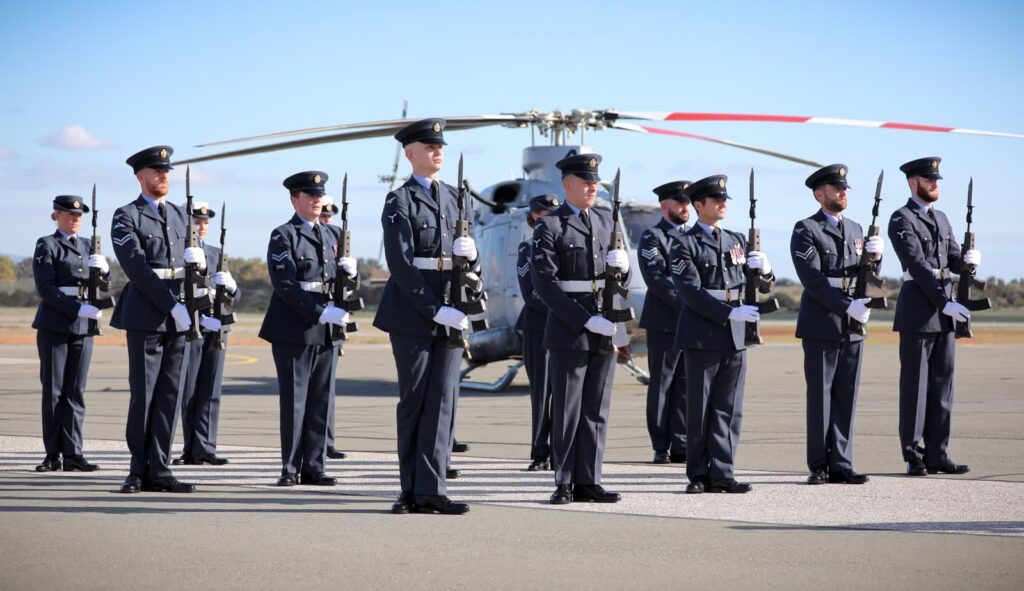 In 1984, 84 Squadron introduced aerial firefighting as one of its capabilities, often operating alongside its Republic of Cyprus counterparts and saving countless lives along the way.

Since 2003, the Griffin HAR2 has been the aircraft of choice. In that helicopter, thousands of operations have been conducted alongside the RoC.

Sqn Leader David said: “We have a fantastic working relationship with the RoC and our sister SAR Squadron, 460 Squadron, based in Paphos.

“We also work closely with the Joint Rescue Co-ordination Centre in Larnaca, conducting live training throughout the year, with Exercise NEMESIS and ARGONAUT (SAR exercises) and Exercise IFESTOS, a firefighting exercise carried out ahead of the wildfire season.

“Our relationship is key to ensuring we are intimately integrated into the pan-island SAR response, and it also ensures we are able to provide assistance and help whenever it is required.”

Over the past week, 84 Squadron has celebrated the landmark by parading the Squadron’s ceremonial flag and with a flypast of its aircraft.

It also conducted a ‘three-ship formation flight’ around the island, overflying all of the areas it has undertaken operations in for the past 50 years.