As the world’s largest social networking platform, Facebook has witnessed a significant increase in the number of users and revenue amid the coronavirus outbreak, with billions of people resorting to social median to get information, entertain and socialise amid the COVID-19 lockdown.

According to data presented by BuyShares.co.uk, the number of Facebook’s monthly active users hit more than 2.8 bln in 2020, while revenues amid the pandemic jumped by 20% year-over-year to $85.9 bln.

In the first quarter of 2010, the popular social media platform had 431 mln users. In the next two years, the number of Facebook active users surpassed one billion, making it the first social network ever to do so.

Statistics show the number of monthly users continued growing in the following years and hit more than 2 bln in the second quarter of 2017. 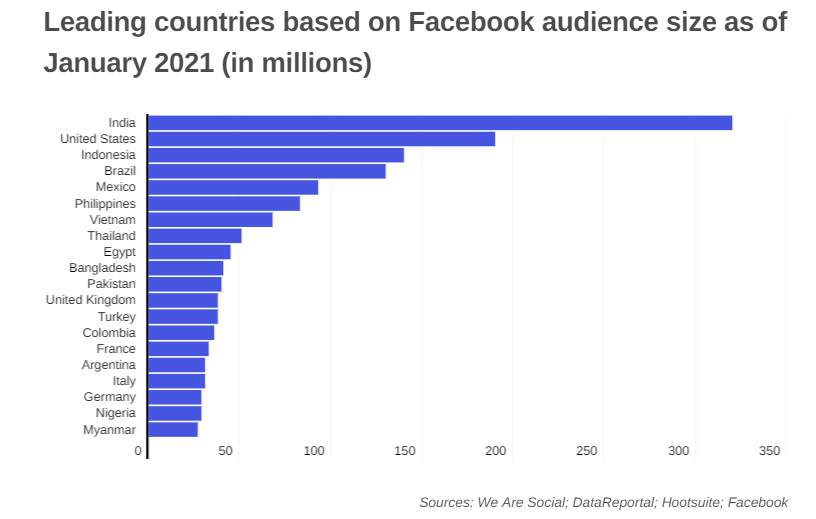 The company’s quarterly earnings report revealed that Facebook gained 369 mln users between 2017 and 2019, with the total number of active users rising to almost 2.5 bln that year.

However, as millions of people started spending more time indoors and online amid the COVID-19 pandemic, the number of users jumped by nearly 300 mln YoY and hit 2.8 bln in 2020, the highest annual increase in years.

Compared to other popular social media platforms, Facebook has more users than YouTube and TikTok combined. Statistics show the two social networks had 2.3 bln and 689 mln users as of January, respectively.

The constantly growing Facebook user base has led to a surge in the company’s revenue over the years.

Statistics show Facebook’s revenue doubled in three years and jumped from $40.6 bln in 2017 to $86 bln in 2020. Last year, the social network accumulated a net income of $29.15 bln, ranking first among social media companies.

The company’s earnings report also showed quarterly revenue surged by 33% year-over-year and hit $28 bln between September and December 2020, the most significant increase so far.

Most of that value, or $27.1 bln, was made through advertising. Other revenue streams generated $885 mln in revenue.

Statistics also show the majority of Facebook’s ad revenue in 2020, or around 94%, was generated via mobile devices. 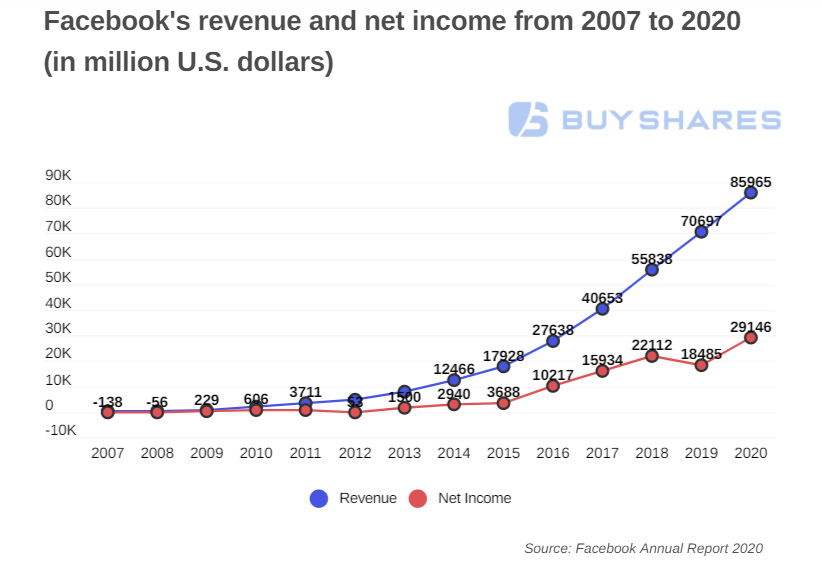 Education needs to get smarter

There are no free lunches

‘Biden factor’ is a plus for Cyprus

Cyprus reported one coronavirus death on Wednesday, a significant drop

Cyprus bade farewell Wednesday to the founder and honorary President

Cyprus’ industrial and manufacturing sector, contributing 13% to 16% of

The government is preparing to end Lockdown III on 10

Fintech app use up 61% during Covid

Cyprus reported one coronavirus death on Wednesday, a significant drop

Cyprus’ industrial and manufacturing sector, contributing 13% to 16% of